We’ve talked a bit in the past about how nutrient deficiencies can devastate your garden. And that’s absolutely true. But, we only talked about the heavy hitters then. Secondary nutrients – if your plants don’t have enough of them – can wreck your garden just as easily.

Just what are these secondary nutrients? Calcium, magnesium, and sulfur.

These nutrients are necessary in amounts that are less than the primaries but more than the micronutrients. They’re all taken up via mass flow, aka bulk flow or mass transfer.

Since most vegetables prefer a pH range of 6.5-6.8, mass flow works very well. Remember also from the last article that nutrients must also be in a form the plants can use. So let’s talk about each specific nutrient, its functions within the plant, how to tell if the plant isn’t getting enough, and what to do about it.

For even more in-depth information, check out this online Agriculture Comprehensive course.

Calcium is necessary for root permeability and enzyme activity mainly. Its most useful form is the ion, Ca2+. When buying fertilizer, it’s necessary to look for this nutrient specifically because, unlike NPK, it’s not a standard addition. It should also be noted that many calcium fertilizers will raise the soil pH, making the soil more alkaline. This isn’t a bad thing if your soil is too acidic. If your soil is already too alkaline, this can be a problem.

According to Penn State’s Department of Plant Science:

“symptoms of calcium deficiency first appear on younger leaves and tissues, growth is inhibited, and plants have a bushy appearance. The youngest leaves are usually small and misshapen, with brown chlorotic spots developing along the margins, which spread to eventually unite in the center of the leaves. Veins are also brown, making a typical feature of Ca-deficient plants the dark veins of completely necrotic leaves. Leaves also may be crinkled and torn. The growth of root tips is inhibited in Ca-deficient plants.”

Calcium deficiency causes a huge problem in several vegetables known as blossom end rot, which I mentioned experiencing in the first installment of this series.

Calcium is extremely immobile in the plant and, when it does move, tends towards the leaves rather than the fruits. Therefore, a lack of this element in the fruits will cause a rot that begins at the lower end and moves along the entire fruit, rendering that fruit inedible.

Happily, once the problem is corrected, new fruits will be fine. The affected fruits are toast, however. Sad but true. This problem affects a wide range of fruits, including tomatoes, watermelon, squashes, peppers, and eggplant.

So what do we do about it?

According to UW-Extension Madison, uneven watering is a huge problem, so we want to avoid over- or under-watering. Avoid over-fertilizing, and it wouldn’t hurt to have your soil tested to determine calcium levels.

(Want to save that food you’ve been growing? Check out our free QUICKSTART Guide to home canning.)

Compost can be a wonderful source of this and many other nutrients.

It’s also possible to foliar feed this one, i.e., spray the leaves.

Another way to make homemade calcium-rich foliar spray is by filling a gallon (3.6 kg.) jar with water and eggshells. Steep for one month, allowing the eggshells to dissolve and filter their essential nutrients into the liquid. To create your calcium foliar spray, mix 1 cup (454 gr.) of the resulting solution with 1 quart (907 gr.) of water and transfer to a spray bottle. This homemade calcium-rich foliar spray is also rife with nitrogen and magnesium, phosphorus, and collagen, which are all essential nutrients for healthy growth. These recipes are courtesy of Gardening Know-How.

Foliar sprays can also be made from seaweed, chamomile, and compost tea.

This important nutrient has functions in chlorophyll synthesis, as well as roles in fat formation and metabolism. It’s also best used in its ionic form, Mg2+, and can be found in commercial fertilizers if it’s specifically listed. I used a product called Huntington’s Secret CalMag+ Iron. According to SDSU Extension, magnesium is highly mobile, and deficiencies appear around mid-season on fruit-heavy plants.

“Magnesium is highly mobile in the plant, and deficiency symptoms first appear on the lower leaves. Symptoms are more severe on the lower leaves because magnesium is moved to the new growth. Deficiency symptoms consist of interveinal chlorosis (leaf veins stay green while the regions between them turn yellow). Older leaves lose their green color except in the veins. Interveinal chlorosis can lead to necrosis (death of tissue) of the affected areas. On tomato leaves, advanced magnesium deficiency leads to purpling of the affected areas. It may also lead to the defoliation of the lower leaves. Magnesium deficiency does not affect the fruit, but severe deficiency can stress the plants leading to reduced yield.”

The most common options available to correct the problem are either a commercial fertilizer or adding Epsom salts to your soil.

Epsom salts are added as a side dressing at the rate of 1 tablespoon per plant or through a drip system. Epsom salts also contain sulfur, but too much can cause a soil imbalance and serious harm to your plants. Moreover, these aren’t a blossom end rot treatment.

This important secondary nutrient functions in the formation of proteins, amino acids, vitamins, and oils. The most bioavailable form is the sulfate ion, SO4 2-. According to Penn State, symptoms of sulfur deficiency appear first on the younger leaves.

The older leaves don’t show this chlorosis, which is a good way to differentiate between this and nitrogen deficiency. This isn’t that commonly seen, but it doesn’t hurt to know about it. There are a number of causes, ranging from pH imbalance to simple soil depletion caused by growing the same crops in the same place year after year. Crop rotation is a good strategy for a number of reasons. Iowa State Extension further discusses differential diagnosis and the N-S physiological link. 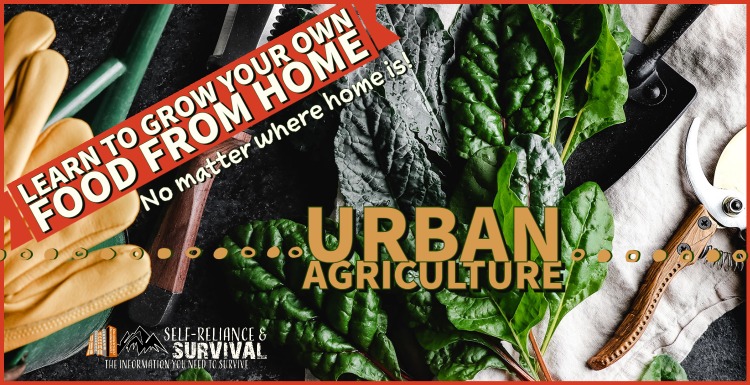 So what can we do about it?

As noted above, Epsom salts contain sulfur but also have their drawbacks. Compost and compost tea are excellent and easy-to-use sources of sulfur, as is manure. Some fertilizers may contain it, but you’ll have to check the labels one by one. This is one exception to the elemental rule: it is possible to add elemental sulfur to the soil to good effect.

Shortages of secondary nutrients can many problems in the garden, including the dreaded blossom end rot.

Correct diagnosis and treatment are essential if you want your garden to boost your food production. Have you had these problems, and if so, how did you deal with them? Please tell us in the comments below!

Amy Allen is a professional bookworm and student of Life, the Universe, and Everything. She’s also a Master Gardener with a BS in biology, and has been growing food on her small urban lot since 2010.

Source
Your Garden Will Suffer If Your Plants Don’t Have These Secondary Nutrients is written by Amy Allen for www.theorganicprepper.com

Is There Medicine Growing in Your Backyard?

What Is a Wildfire and How to Prepare for One

What Is a Wildfire and How to Prepare for One