What is “off-grid” living really like? There’s a reason that I enclose that term in quotation marks, and we’ll address it toward the end of the article. Additionally, I have to balance a fine line between transparency on the subject and my own privacy. Perhaps you can understand this, as the world seems to have turned into a gigantic “reality TV show” where everything is made public, even though that shouldn’t be the case.

I produce my own power utilizing a combination of solar panels, small windmills, and a hydroelectric “ram.” Utilizing a battery array, I manage to keep more than enough electricity stored to meet my needs. I also have a generator for backup. My woodstove heats my small cabin efficiently, and I cook my meals on it.

During the summer months in Montana, the stove gets a rest because I alternate between my grill and a solar oven that I built to cook my food. During the fire season (the driest months of the summer), the county places restrictions on outdoor fires, and this is when the solar oven sees the most use. My tiny refrigerator runs from a small propane tank that I refill about every six months.

I don’t use a cell phone. I have a computer that isn’t connected to the Internet that I use to type up my articles and write my books. I use the public Internet outlets at the libraries to send and receive e-mail. In the nearest town, I have a post office box for my regular mail.

My property is fairly remote, and it’s unimproved, except for the cabin, my small greenhouse, and my chicken coops. Since they don’t have foundations, they aren’t considered permanent structures; therefore, they aren’t “added” to the property taxes, which we’ll also cover later.

What caused you to move off-grid?

There are several reasons I made such a move. First was the need for privacy (and to be left alone) coupled with the deterioration in society of individual liberties. Simply put, the quality of life in the large municipalities and urban sprawls is “zero,” and it’s a soul-draining existence, to say the least. It was also a quest, so to speak, to find something “more,” a small place that hadn’t been tainted or ruined the way most everything else is.

Additionally, politicians and world leaders are maniacs. They start wars that result in the deaths of thousands just to bring their poll ratings of popularity higher. They wouldn’t think twice about incinerating a million people in the blink of an eye if it was the means to holding on to their positions of power. When everything comes full circle (and it will), the odds of my surviving their megalomaniacal actions are better.

What were the expected difficulties that turned up?

Montana is a pretty tough state to live in if you’re seeking after a “primitive/back-to-nature” existence. It has a very short growing season, and the winters can be both long and brutal. You cut wood, split wood, stack wood, and tarp wood basically all summer and fall to prepare for the winter months.

You have to have at least one good chainsaw (I recommend either Stihl or Husqvarna) and a four-wheel-drive vehicle. You have to know the seasons and know the weather. The temperatures and precipitation can fluctuate wildly, and when a snowstorm rolls in, you have to “batten down the hatches” and ride it out. You have to have a healthy respect for the weather here. The coldest I’ve seen it was -26 degrees Fahrenheit (26 degrees below zero). That’s “straight” temperature, not some “wind-chill factor” nonsense, and it lasted for at least a week.

Living here (and in the way that I do) forces you to pick up some experience in the trades because repairs are a regular need, and maintenance on your tools, your vehicle, etc., is a constant priority.

(Want to learn more about how to can your own food? Check out our free QUICKSTART Guide.)

What were the unexpected difficulties that turned up?

Some unexpected problems pose themselves when fire season starts (roughly between June through September). Most of this stems from the tremendous fires west of Montana, in states such as Washington or California. The stagnant summer air is choked with particulate matter and smoke: noxious to the lungs, eyes, and mucosal membranes.

Other problems you can expect, but they arrive unexpectedly, without any time to prepare for them or little time to adjust, and these difficulties stem mainly from the weather. Windstorms can become so violent as to tear the living daylights out of everything around. In towns and metro areas, blown debris causes damage to transformers, electrical substations, and businesses.

At my place, I once had a giant tree branch come flying out of nowhere and take out an entire wall of my greenhouse. It took me several days to fix, and I lost some of my starter plants and my workbench.

Some other unpredictable variables have to do with wildlife. After the winter is completed, the grizzlies emerge from hibernation, having lost half of their body weight. They’re hungry, and the chicken coop (from their perspective) is like a “drive-thru” burger joint. They’ll tear a regular coop to shreds, and this is the reason mine is built like a miniature log cabin. It makes it more trouble than it’s worth to them, and my dog picks up the slack to alert me. He has to chase foxes off all the time. When the chickens are outside foraging, he stays near them, and this keeps hawks and other raptors at bay. 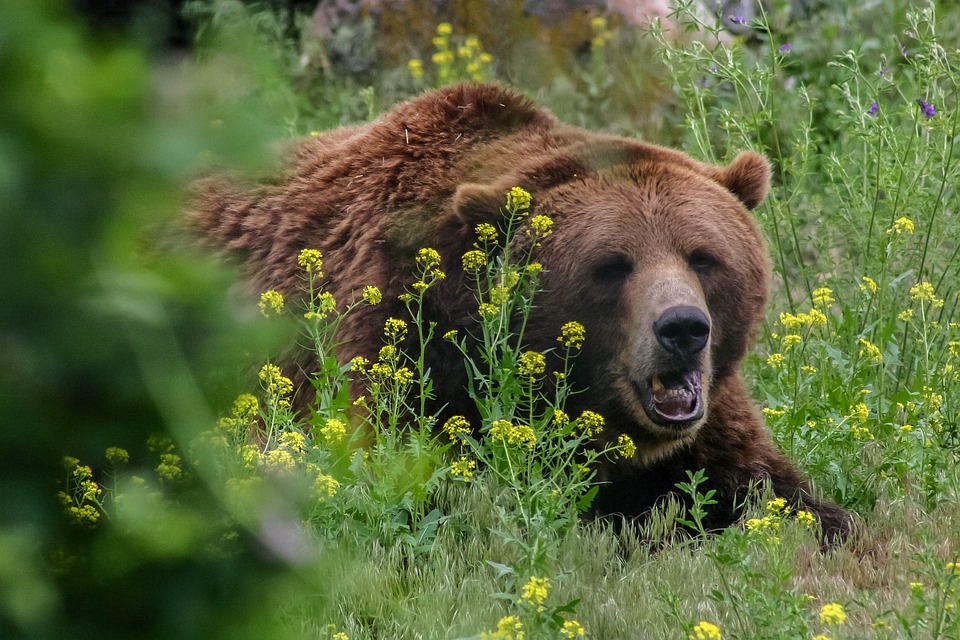 For the winter months, I have a tiny “rocket” woodstove that heats the entire coop. I can keep it a cozy 65 degrees for them.

What’s the hardest part about being completely off-grid?

People, plain and simple. This brings me to the point I mentioned earlier: an explanation of the term “off-grid.” In reality, it doesn’t exist.

My land isn’t really mine. If it was? Then, I wouldn’t have to pay property taxes on it. Unless you live in a cave and reject human society altogether, you’re always “on-grid.”

Government, plain and simple. We’re forced to pay exorbitant amounts that do not come back to us (the taxpayers) at all. Only the “entitlement” crowd sees the benefits.

I pay property taxes, federal income tax, and state income tax. I have to have car insurance, a driver’s license, and a mailing address. When I die, they’ll assess the value of my property and demand 50% of its worth from my heirs. If that amount isn’t coughed up, they’ll seize the property…proving it was never really mine to begin with. 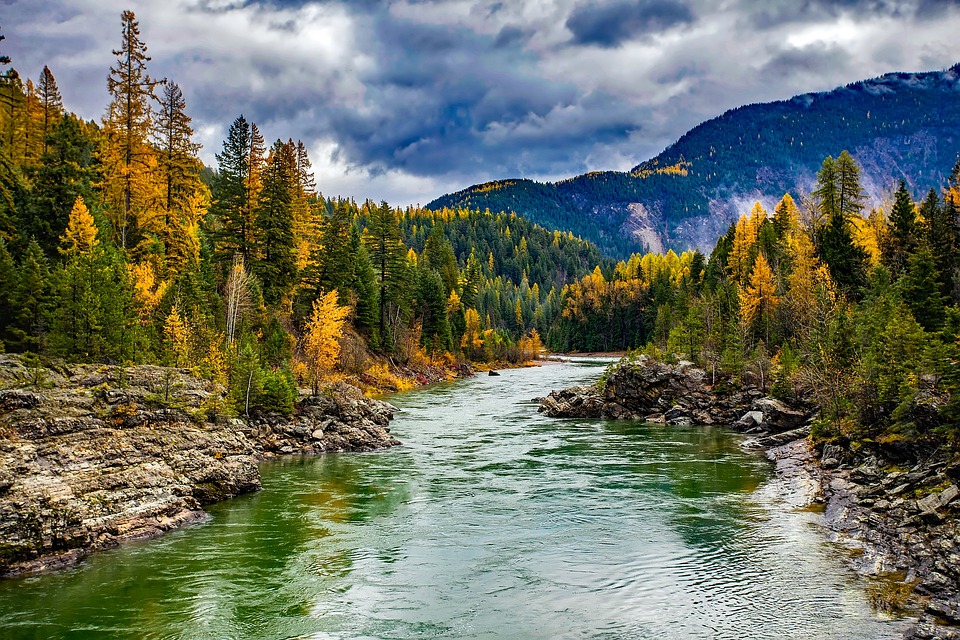 Additionally, there’s a tremendous influx of people into Montana that affect life here. They don’t like the tax structures of their home states, so they move here. They don’t like “Covid” or “overcrowding,” so they decide to sojourn into the wilderness. The closest they may have ever been to a “wilderness setting” was a picnic table in Central Park, but here they come, nonetheless.

They come here waving wads of money, making big plans to change a part of the country that doesn’t need the kind of changes they intend to make. In essence, they want to turn it into the very thing that they fled…transform it into another version of their “happy” home-state. They change the demographics and try to vote in flawed, failing, socialist policies that are predominant in the places that spawned their exodus.

The hardest part of living “off-grid” is maintaining your privacy and being able to be left alone and undisturbed, bottom line.

What advice do you have for living off-grid?

The best advice I can give prior to your rendering a personal decision to live off-grid is to do some serious soul-searching and introspection first. Most people want to move out into the woods to survive and simply to escape their current location. There’s more at stake here, however.

Let’s say you do take the “plunge.” What then? What will be the purpose? You have to be willing to start out fresh, with an open mind to things. You have to be willing to be a part of something greater than yourself and understand the importance of living close to the land and to the Earth. To try and live in balance as much as possible, with true respect for flora and fauna, and more: with compassion for the natural world.

It’s a fundamental return to what we were prior to being compressed and crammed into drywall-sided cubicles made of Chinese gypsum wallboard and the prefabricated nightmares of our “Fisher-Price” plastic cities, towns, and residences. You have to decide whether you’d rather have television and endlessly-squawking cell phones or if you’d be content to take your copy of The Martian Chronicles and read it outside, leaning against a tree with just the dog to keep you company.

It’s about being a part of a new place without trying to “fundamentally transform” it into something it was never meant to be. It’s also about living on less (in terms of money and material possessions) and then discovering that, in reality, you have far more than you could put a price tag on. In the end, you’re the one who has to decide if such a thing is right for you…and if you are right for it. Have a good day! JJ out!

What are your thoughts?

Do you live off-grid? If not, would you like to? Share your stories and opinions about off-grid living in the comments.

Jeremiah Johnson is the nom de plume of a retired Green Beret of the U.S. Army Special Forces.  Mr. Johnson is also a Gunsmith and a Master Herbalist.  He graduated from the Special Forces course at SERE (survival, evasion, resistance, and escape) School, and is an expert in small unit tactics, survival, and disaster-preparedness.  He lives in a cabin in the Rocky Mountains of Western Montana. 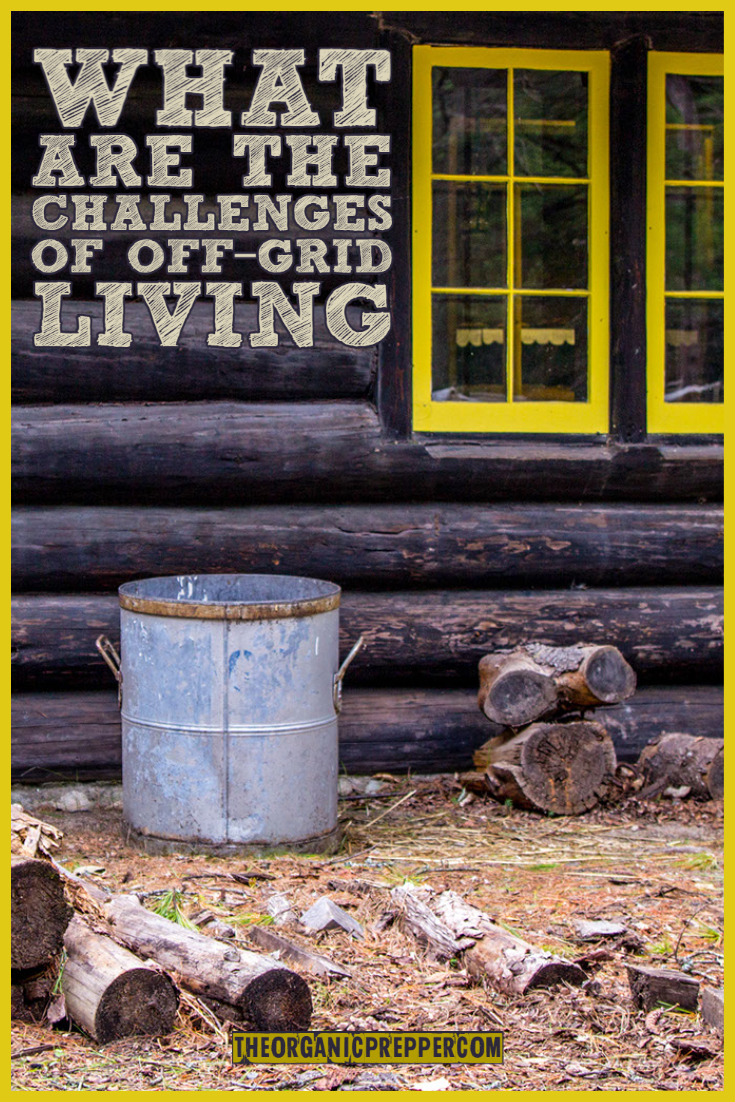 Source
What It’s REALLY Like to Live Off-Grid is written by Jeremiah Johnson for www.theorganicprepper.com

Make Your Own Respiratory Relief Tea

Why You Should Consider a Bulletproof Backpack Insert –

Why You Should Consider a Bulletproof Backpack Insert -