What Is a Pirate Radio Station?

A group of eye-patched, ol’ sea dogs partying around a speaker system? A collection of sea ballads played on air? Just what is a pirate radio station? While these broadcasts have been around for decades, there’s much more to this than meets the eye and easily meshes with the trait of being ‘strange sounds.’

So, just what are pirate radio stations? You may be surprised.

What is a pirate radio station?

All that’s really required for a radio station to be considered a pirate station is for it to be broadcasting illegally. Despite radio frequencies being as old as the earth, it didn’t take long after their discovery for the radio spectrum to become heavily legislated. Virtually every country on earth now has its own host of radio laws on the books, allegedly to prevent chaos on the airwaves.

Pirate broadcasts are those which buck this system. With a long history of being started up to give radio listeners access to forbidden music, alternative viewpoints, and the like, pirate radio has a bit of notoriety to it.

Where did pirate radio begin?

Pirate radio began when Federal Communication Commission (FCC)-like rules began to spread around the world. As soon as there were laws on the books, there were pirate radio stations on the air. Where the “modern” history of pirate radio seems to begin, though, is in the 1960s when pirate radio operators would get on the air to spread their music to a wider audience.

One of the first pirate radio operators we know of was Ronan O’Rahilly. A public relations guru, O’Rahily sought to spread the fame of musician Georgie Fame at a time when Fame was having a difficult time getting his music out to an English audience.

So, O’Rahily bought a boat, outfitted it with broadcasting equipment, and then sailed right off the coast of the United Kingdom into international waters, where he would begin to play Fame’s music over the airwaves. The name of the pirate station? Radio Caroline.

O’Rahily’s station quickly became a sensation throughout England, spawning a number of other pirate stations in its wake.

Radio Caroline would play a regular schedule in perhaps what was one of the most organized systems of pirate radio out there. The music-oriented pirate radio stations of today often have regular schedules as well, but it can often be difficult to find a pirate broadcast with the degree of professional air as some of the early stations possessed.

How are these stations able to keep from being found?

(Just to be clear, I’m not advocating for any of this. This is just to answer questions raised by curiosity in the same way one may wonder how smuggling takes place across the Mexico-US border.)

While perhaps not impossible to triangulate where a signal is from, it is incredibly difficult to do so with most pirate radio stations due to specialized antenna structures they utilize. Of course, in O’Rahily’s case, he was able to get around UK laws by broadcasting from international waters. He’d found a loophole.

(Can shortwave radio give you information during a power outage? Absolutely. Check out our free QUICKSTART Guide on how to survive a summer power outage for information on how to get your food and water ready for such an event.)

What do people say on these broadcasts?

The messages conveyed by pirate broadcasts are as varied as the people on the earth. Most of the time, you’ll hear music being illegally broadcast on these stations.

Conversations in foreign languages, images (yes, you can send images via radio wave), long lists of numbers being read out, clueless fishermen, and non-sensical gibberish can also be found while looking for pirate radio as well.

Some of these pirated stations appear to be military signals, as well. For example, those long lists of numbers? They’re widely known as “number stations,” and the current consensus is that they’re used to discretely convey information to spies scattered across the world.

It wasn’t but two months ago that a potentially Russian military signal was picked up by pirate broadcast listeners. These types of signals truly aren’t uncommon, and though a military signal in and of itself technically isn’t a pirate station, it serves as proof of just what is out there that one can pick up with simple, on-the-shelf equipment.

And that’s the point of all this. Shortwave radio has a lot to offer. International news, weather broadcasts, entertainment during lockdowns – these are all obtainable with a simple shortwave receiver.

Where can I listen to pirate radio?

The main thing you’ll need to listen to pirate radio is a shortwave radio. Shortwave frequencies seem to be where the majority of pirate stations make their happy home nowadays, as the FM frequencies you use in your car radio are heavily policed by the FCC in America. That’s not to say they’re not out there, it’s just that you’ll have the best luck finding pirate stations on shortwave.

Possession of a shortwave radio isn’t enough, however. You also need to know where to look. The radio spectrum is fairly large, and attempting to navigate through it without having some type of guide is like trying to find your friend’s house after they tell you, “I live in Texas.” You’ll never find it.

Pirate broadcasters have quite a bit of space to play with, often operate at strange hours, and sometimes only broadcast for a number of minutes. Unless you know where to look, you’re bound to miss them.

You can find loggings of pirate shortwave, of pirate FM broadcasts, and even pirate broadcasts by “peskies” – a broad term used to apply to drug runners, fishermen, or amateur radio operators who are cluelessly operating in parts of the radio spectrum they’re not supposed to be in.

Many pirate radio operators actually post their operating schedule on hfunderground.com as well. (No, I’m not sure how they get away with that.)

(If you’re looking for a print format for searching common legal shortwave radio broadcasts, you need to purchase the World TV Handbook. This guidebook is the most comprehensive listings of all shortwave broadcasts out there. The catch is that if you want to purchase a copy of the World TV Handbook, 2022 is going to be your last year to do so. The handbook is being retired this year without any more updates ever again.)

While shortwave listening doesn’t have anywhere near the popularity that it used to, the rise of software-defined radios has led to a resurgence of interest within the field. The ability to listen to these broadcasts is more inexpensive than ever before, and the wide breadth of information available on the internet from sources such as hfunderground.com has made it so that pirate radio stations are easier to find than ever before as well.

There will always be pirate radio floating about the radio waves. The trick is finding where it is.

Shortwave broadcasts have a lot to offer, and looking for pirate broadcasts may be the hook that gets you involved in seeking out all that information that’s floating about you right now. What are your thoughts though? Are there shortwave receivers you prefer? Do you remember the days of Radio Caroline? Let us know your thoughts in the comments below. 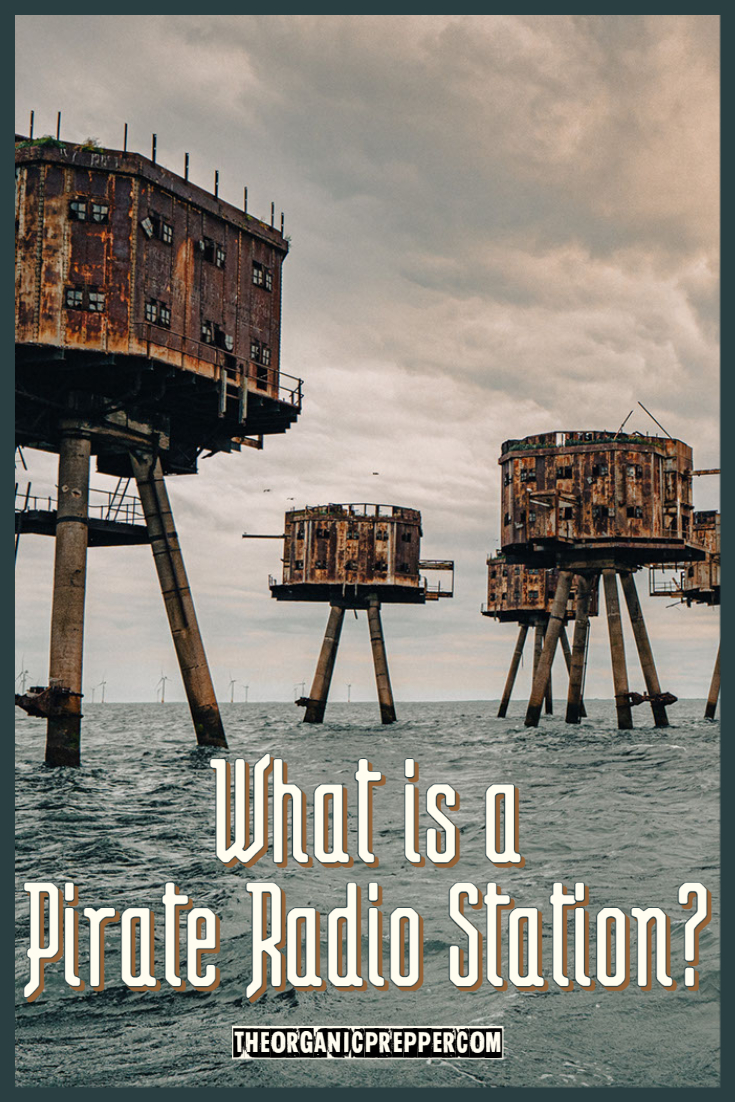 Source
What Is a Pirate Radio Station? is written by Aden Tate for www.theorganicprepper.com

Canning and the Four Levels of Disaster: Are You Prepared? –

Canning and the Four Levels of Disaster: Are You Prepared? -